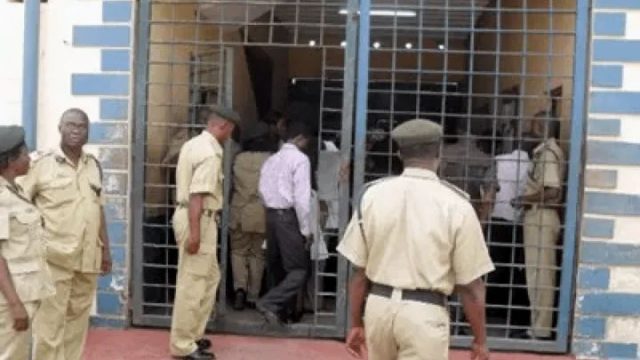 The day I heard that Agodi Prison in Ibadan was filled to its brim and could no longer accommodate inmates, and Abolongo was the next destination. That day I knew we were sitting on a time bomb.

In 2007, when Abolongo Prison was established and inamtes were moved from Lagbodoko Prison, it was created to accommodate 170 inmates (both on awaiting-trial list and convicts).

Unfortunately, this 170-capacity correctional facility, before yesterday’s attack, was housing about 900 inmates. Imagine! That means people are packed like sardines in that medium

Out of the 900 inmates, only 62 are convicts. The remaining 838 inmates are on awaiting-trial list. That means 92% of the inmates in Abolongo are on awaiting trial. This is damn wrong!

About 70% or more of those on the awaiting-trial list are candidates of either the Oyo State High Courts or the Magistrate Courts. Slow dispensation of justice, coupled with frivolous injunctions, on the part of the Oyo State Judiciary is the primary cause of what happened.

Overcrowding, lack of resources and overstretched facilities will definitely create bad administration of inmates in the correctional facility. Moreover, the facility is a medium security prison. All these will definitely lead to poor monitoring.

Also, the Ministry of Interior, under the able leadership of Ogbeni Rauf Aregbesola, needs to install state-of-the-art security equipment and gadgets at our correctional facilities. Security should be beefed up, and welfare of warders and officers should be well taken care of. Swift adjudication should also be assured, so that inmates on awaiting-trial will be drastically reduced.