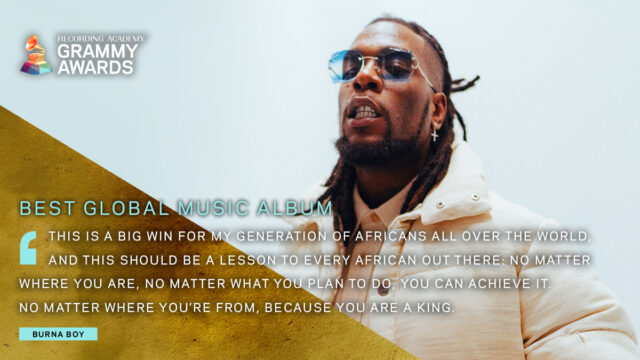 When he voiced his ambition to be a standup comedian, Jewish American, Samuel Levenson’s mother was aghast. For a boy who grew up in a large Jewish immigrant family in New York’s Brooklyn, Madam Levenson’s disdain for standup comedy as a profession was understandable. “My son, you mean, you stand, you talk and people laugh?” the mother demanded incredulously, breaking her son’s queer ambition into cynical smithereens. Levenson said this much in his book of jokes entitled, You don’t have to be in Who is Who to know what is what.

Levenson had been a teacher. He however had a very noticeable talent for cracking ribs, which was becoming appreciated by the family’s Brooklyn neighbourhood. To now seek to make this second-rate comedy – something associated with indolent dregs of society – a lifelong occupation, was absolutely demeaning to Madam Levenson. Born on December 28, 1911, till his death on August 27, 1980, Levenson held the wave and rose to become one of America’s most authoritative humorists, writer, teacher, television host and journalist. That conversation young Levenson had with his mother is similar to the conversations, borne out of conservatism and ethnic pride, traded in many Nigerian homes.

Last week, Nigeria’s name reverberated all over the world again, this time not for opaque-minded leadership, corruption, banditry, Boko Haram or Fulani herdsmen’s violence. In far away Los Angeles, at the 63rd annual Grammy awards, Burna Boy, real name Damini Ogulu, won the Best Global Music Album category with his Twice as Tall traack, while Wizkid won the Best Video for his song with Beyonce. Certifying this as the path to tread by Nigeria, World Trade Organization DG, Ngozi Okonjo-Iweala, commended the awardees for their music, stating that “they were an example of services we can export. We are exporting so much of our creative arts abroad and this seems to be encourag(ing).”

Nigerian streets are littered with people who, if they had followed the path of their passions, endowments and natural gifts/talents, they could have been greater assets to themselves and mankind. Predominant in the immediate period when western education began to open doors according to professions, certain acclaims, privileges and social status were ascribed to some professions ahead of others. It was thus more socially befitting to be a lawyer, judge, medical doctor, than to be a teacher, for instance. Down the ladder, same level of social ostracism abounded and still abounds. In societies which predicated statuses on hard work, some professions, occupations and preoccupations were literally anathema.

In the Yoruba pre-colonial, colonial and immediate post-colonial society, for instance, you were worse than a leper if you chose music or performing arts as a profession.

Many of those musicians who later rode to the crest of acclaim, wealth and fame fought titanic battles with society, their parents and families before they gained any modicum of respect and regards. One of such was Haruna Bello Ishola, popularly known as Baba Gani Agba.. Born in 1919, he became very consequential in his musical career. As one of the foremost, if not the foremost singer of the Yoruba music genre of Apala, he was awarded the national award of Member of the Order of the Niger (MON). His renown in western region social circuit was such that he carved a reputation for himself as the foremost in-demand entertainer at parties by the nouveau riche Yoruba elite of the time.

Long before his first album was produced in 1948, which he entitled Late Oba Adeboye, (Orimolusi Of Ijebu Igbo) and which was released under the label of His Masters Voice (HMV), Ishola faced the raw odium of a Yoruba society which perceived musicians as alagbe (beggars) and lazy drones. In one of his songs when fame, wealth and recognition had come in a spurious surge, Ishola rendered the battle he fought with society in one of his songs thus: “When we started long ago, colleague musicians who didn’t know this job would be a money-spinner quit and fell by the wayside…That was when singers, drummers were called lazy, indolent people…Many ran away.” It went thus in Yoruba: Nigba ti a bere lojo ojosi// Awon ti o mo pe ise ola ni ninu wa, nse ni won yeri// Igba yen ni won np’olorin l’ole, won np’onilu lole//To m’elomi sa pata.

That same musician was to later have one of the tracks in what is regarded as his titular album, named Oroki Social Club on Decca Records. The track was an ode to popular and prestigious Osogbo, present Osun State-based club members, who gathered in a nightclub where Ishola performed concerts and entertained sold-out audiences. Oroki Social Club became the most outstanding album of Ishola’s singing career, selling over five million copies, even in his lifetime. He later established his own record label called Phonodisk, after failed label partnership with IK Dairo and later with a colossus music industry investor, Nurudeen Omotayo Alowonle, with whom he established the Express Record Dealers Association in 1964. That venture later became a celebrated court case on intellectual property right. Before Ishola’s death in 1983, he was one of the first set of musicians to tour prominent places in the world, travelling to Benin Republic, United Kingdom, France, West Germany and Italy.

Ask many of those musicians, standup comedians who later rose to fame and acclaim and they will tell you the tortuous road of societal disdain and rejection they journeyed to the top. It was inconceivable to their societies that, in a world where people strove to become doctors, lawyers, engineers and pharmacists, a right-thinking person could embark on awada (comedy), footaballing, athletics, for a living or entertaining crowds and wait for dole-outs before they could get their daily bread. Many of those jokes that made standup comedians reap mega-bucks today were ones that provoked mirthless guffaws over palmwine. Such artists never rose beyond cracking the ribs of their friends at beer parlours. These A-list artists were once perceived as dregs of society. Women fled from them for fear of being recipients of the odium of society and those who associated with them took huge slices of such disregard. Their parents were not proud of them and dithered from publicly identifying with them.

Particularly in southern Nigeria, where a life of dependency on dole-outs was an anathema, anyone associated with entertainment and arts was seldom respected. In fact, they believed such life was a precursor to becoming a thief. In an interview in December last year, centenarian Mrs. Morenike Owomoyela, mother of Kennery music boss, Oladipupo Owomoyela, Orlando Owoh, said she was furious when her son abandoned school for the dancehall. She said: “Initially, I was very furious. I asked him why he would take such a decision because I could not understand why he would abandon school and be singing about. But later, people came to appeal to me to let him pursue his dreams, that he could also make it in life through music. After much thought, I stopped discouraging and I allowed him.”

Yet, music constitutes the fabric of the African’s way of life. As I wrote in my book, Ayinla Omowura: Life and Times of an Apala Legend (page 19): “Music forms a major aspect of the typical life of an African. Indeed, it cannot be divorced from the core constitution of the fabric of the African. From wake-up at dawn to retiring to his bed at dusk, the African interfaces with music in virtually all segments of his existence. The interface is so sweeping that it would be difficult to describe the African life without amply stating the minutest details of how he is shaped by a life of music… music is actually central to the three phases of his existence, which are joy, sadness and relaxation. At those crucial moments, music acts as a consul, a companion, with which he is able to explain or live through those critical moments of his existence.”

Today, however, perceptions are changing and the Nigerian society is moving at a supersonic speed with the rest of the world. All around the globe, entertainers are given kudos for their works as entrepreneurs who performed their civically-minded, problem-solving roles in society, as well as acting as agents for social change. Artists, for instance, play huge roles in community change, development and placemaking. They earn multiple of millions of dollars for their acts and have their fames reverberating all over the world. It is same for artists in Nigeria.

Take for example one of the most influential artistes in Africa, 28-year old Nigerian-American singer, songwriter and record producer, David Adedeji Adeleke, who is better known as Davido. Though son of billionaire Deji Adeleke, at such young age, Davido duds the wealth and fame of his father, personally making mega fame, acclaim and wealth from creative arts. He is estimated to have a net worth of $16 million, coasting home as the richest musician in Nigeria. He has garnered wealth from music and endorsement projects, chief among which is the $78,296 (N30 million) MTN endorsement deal, Guinness Nigeria, and Infinix mobile. He was said to have bought a Bentley for his father a couple of years ago.

Now, the province of creative art is being rudely barged into by children brought up with silver spoons. First daughter of billionaire Femi Otedola, Olawunmi Christy, better known as Tolani, born on April 21, 1986, has also joined the league by becoming one of Nigeria’s singers and songwriters. In tow is Folarin, stage name Falz, another popular Nigerian rapper, singer, online comedian and actor and lawyer son of activist, Femi Falana.

This is a wakeup call on those parents who criminalize and demonize the arts, whose children must be doctors, lawyers, engineers or nothing else. They should painstakingly identify their wards’ endowments, talents and prod them up with proper education.

On a lighter note, why should it be that, when law, engineering, medicine, pharmacy etc. were the vogue of professions, the elite and nouveau riche children were quick to be found in that theatre and now that creative arts has taken over, same set of people must be the controllers!

BREAKING: SERAP Asks FG to Release Sowore, Others within 48Hrs