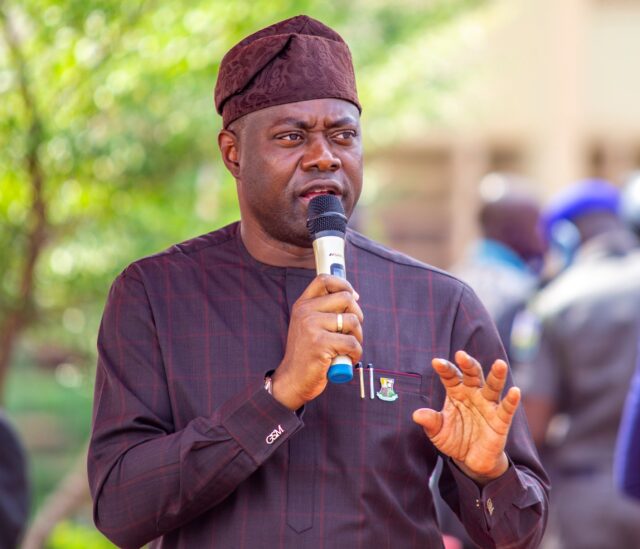 The Governor made the statement on Tuesday at the official handover of 33 operational vehicles and 396 motorcycles to the Oyo State arm of Western Nigeria Security Network (WNSN) codenamed Operation Amotekun.

Though the governor did not specifically mention Asiwaju Tinubu and the APC, the News Carrier NG understands that numerous chieftains of APC and political allies of the ex Lagos State Governor stormed Ibadan on Tuesday to launch a campaign movement christened The South West Agenda (SWAGA ’23) that will see to the actualisation of the Jagaban’s presidential ambition in 2023.

According to Engr. Makinde who is rumored to be eyeing 2023 vice-presidential ticket of the People’s Democratic Party (PDP), Nigerians need adequate security and restructuring of the country much more than who occupies the presidency.

In his words, “I have heard some of our political leaders jostling around and saying they want to become the president of Nigeria in 2023. I think what we need at this stage is to secure our people and restructure Nigeria. It does not matter who is the president in Abuja. In a restructured Nigeria, every corner of the country will feel the impact of government. That is what we need”

“May God protect those running around for presidency till 2022. By that time, we will meet and, by then, we will get to know whether it is restructured Nigeria or Yoruba presidency that we really need” he said