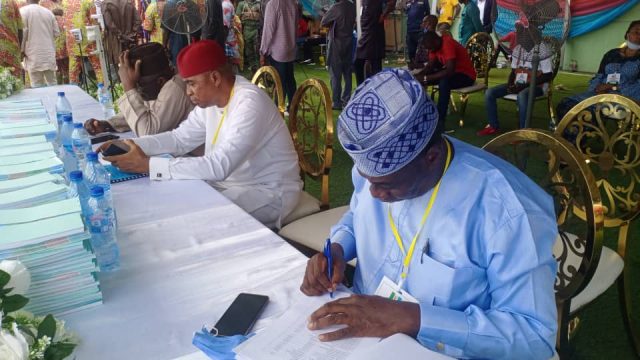 The Chairman of Ogun State Congress Committee of the All Progressives Congress (APC), Chief Wale Ohu, has declared that any congress held at non-approved venue is null and void.

The party’s state congress, which was conducted under the supervision of a seven-member committee led by Chief Wale Ohu at the MKO Abiola Stadium in Abeokuta produced Chief Yemi Sanusi as the state chairman of the party.

Chief Ohu while addressing mammoth crowd of party members stated that any congress held outside the MKO Abiola Stadium was nothing but “exercise in futility.”

He said that 1,730 delegates participated in the congress conducted in a peaceful atmosphere.

“The APC state congress in Ogun State was monitored by the officials of the Independent National Electoral Commission (INEC), which included the state Resident Electoral Commissioner, Mr Olusegun Agbaje, was in line with Article 12.7 of the party’s constitution”.