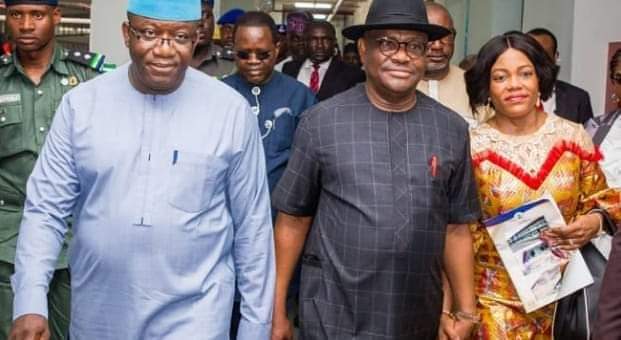 An interesting video went viral last week. It is a short exchange between the governors of Ekiti and Rivers States, Dr. Kayode Fayemi and Nyesom Wike. The video unearthed some revelations. One is that, Nigerian governmental elites are not all just about governance and the survival-of-the-fittest fights to neutralize one another. They also exchange banters and throw friendly broadsides.

The age-long ideological binary of progressive and conservative crept out of the governors’ exchanges. While Fayemi spoke about the progressive political inclination of his party, Wike attacked him: You claim to be progressives and “the road from Ekiti to Akure is impassable,” he told his colleague.

Wike didn’t fail to convince Nigerians that he is everything but a gentleman. His gruff and authoritarianism are evident in that video while Fayemi’s gentlemanly disposition was hugely advertised. I am sure that the recording was done without Fayemi’s awareness; otherwise, he would have given Wike an apt reply. For instance, if any Southwest governor had a tenth of Wike’s drunken sailor’s budget, they would turn things around, better than what they are at the moment. This is however no justification for the parlous state of affairs in the Southwest, especially of roads. Fayemi and his colleagues should wake up. Their people are complaining bitterly.

Of a truth, I had passed that Ekiti to Akure road a few weeks ago on my way to Ise-Ekiti. My stiff-necked disposition drove me to it because I had been warned that it was suicidal driving on the road. Is it a state or federal road? The Ekiti end is even a bit passable but the Ondo end is hell on earth. This road is a metaphor for the general state of disrepair on Southwest roads, especially the ones that belong to the Almighty federal government. On those roads, there are daily weeping, wailing and gnashing of the teeth.

Anyone who mouths ideology for a political group’s obsessive craving for growth must be mistaken in Nigeria. Look at Dave Umahi of Ebonyi. While he is obsessed with inane reasoning in defence of the Buhari-led federal government when he speaks, Umahi has transformed Ebonyi into a mini-America, littering it with overhead projects of a typical modern state. In my ranking, he is one of the best governors in the Southeast. He did almost 90 percent of all those as a PDP governor before fooling in love with APC, apparently after some Aso Rock influence fraudsters assured him they would help him to succeed Buhari.

Southwest is littered with horrible federal and state roads, while its governors grumble and struggle to pay civil servants’ salaries. But amongst these selfsame governors is a Seyi Makinde of the PDP whose turf is prompt payment of workers’ and pensioners’ salaries. So you can see that it is beyond an affliction or affection of political party politics or ideology. It is the absence of humanity in the individual governors’ personal constitution and the place they put the people in their hearts.