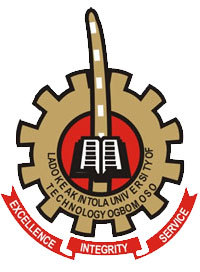 Prof. Liasu, until his appointment was the deputy vice Chancellor of the institution. His appointment takes effects from Friday, 16th of April 2021.

The acting VC is a professor of Plant Physiology Department of Pure and Applied Biology in LAUTECH.

The News Carrier NG reported that Governor Makinde, last Friday, directed that the Vice-Chancellor Prof Michael Ologunde step aside until further notice. The decision was communicated in a letter through the Commissioner for Education, Science, and Technology, Barr. Olasunkanmi Olaleye. The VC was also directed to hand over forthwith to the next principal officer in rank in order to ensure uninterrupted flow of normal activities of the institution.

The decision extract reads in full: 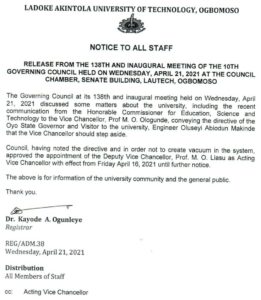 Gumi, An Accomplice to Terrorism, Kidnapping and Murder – Fani-Kayode Alleges. *Calls for Arrest