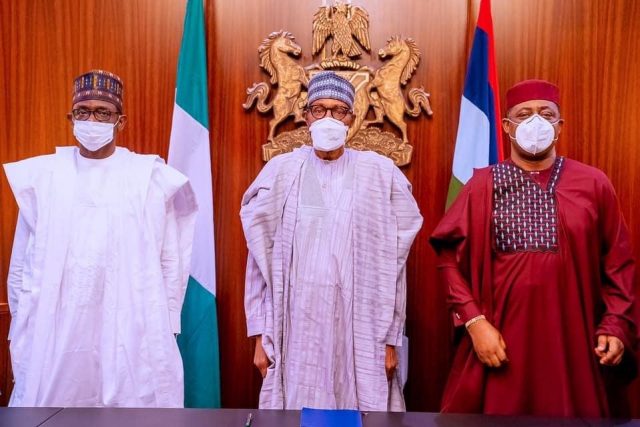 Fani-Kayode disclosed this on Thursday in Abuja after being officially received into the APC.

He was presented to President Muhammadu Buhari as the newest member of the party at the Presidential Villa on Thursday by Chairman of the APC’s Caretaker Committee, Governor Mai Mala Buni and Zamfara Governor Bello Matawale.

Speaking to State House Correspondents after the meeting with Buhari, Fani-Kayode said he decamped from the opposition People’s Democratic Party (PDP) for the sake of national unity.

The Ife-born politician revealed that he was responsible for defection of three PDP Governor to APC. He mentioned Governors Dave Umahi (Ebonyi); Ben Ayade (Cross River) and Bello Matawale (Zamfara) and few other PDP chieftains.