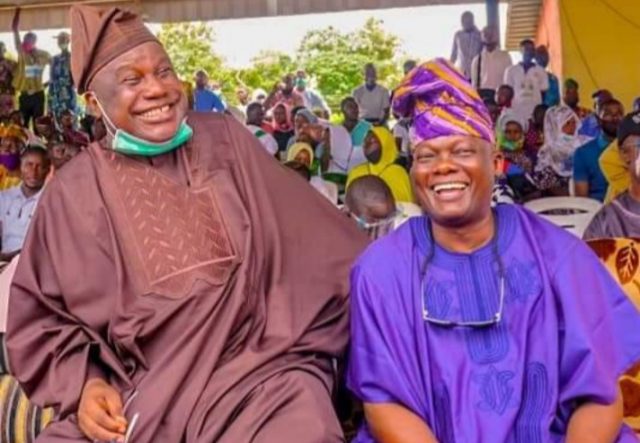 The Chairman Senate Committee on Local Content and lawmaker representing Oyo Central Senatorial District, Senator Teslim Folarin has described his counterpart in the red chamber, Senator Abdulfatai Buhari as a jolly good fellow and inspirational lawmaker on the occasion of his birthday anniversary.

Senator Folarin’s eulogies are contained in a goodwill statement he personally signed and made available to newsmen in Abuja on Sunday.

“My distinguished colleague is an inspirational politician and lawmaker whose desire for masses-focused achievements are worthy of emulation by all”.

“The people of Oyo North Senatorial District are lucky to have someone like Distinguished Senator Buhari as their representative because of his landmark achievements so far. He is undoubtedly a good ambassador of Oyo State and Southwest at large”.

“I hereby join families, friends, and political associates of the distinguished Senator in celebrating his birthday anniversary. I wish him more prosperous years in excellent health as he continues to serve our dear nation, State, and mankind” the statement concluded.