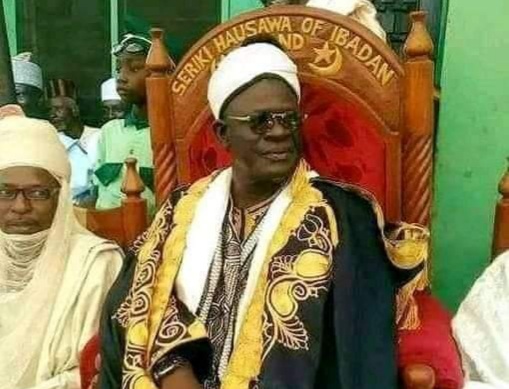 In his condolence message, Senator Teslim Folarin described the late Sarkin Hausawa of Ibadanland, as a traditional leader who promoted peace and tranquility among ethnic nationalities in Oyo State.

The Oyo Central senator, in a statement issued by his spokesman, Com. YSO Olaniyi, said the traditional ruler’s death is a colossal loss to the Arewa community in Oyo State.

“The late Sarkin Hausawa of Ibadanland was a good leader and a father. I recalled how he dispelled the fake news on my purported withdrawal of transformer from Saabo community after losing the 2015 gubernatorial elections. The late Sarkin went as far as granting exclusive interviews on radio, television and in newspapers with a view to clearing my name. He was indeed a good example to all traditional rulers. He was a symbol of truth, humility and patience who brought immense unity and progress to Ibadanland”.

While eulogising the deceased, the three-term senator said Oyo state is “grateful for the positive attitude of the late Sarkin Hausawa of Ibadanland”.