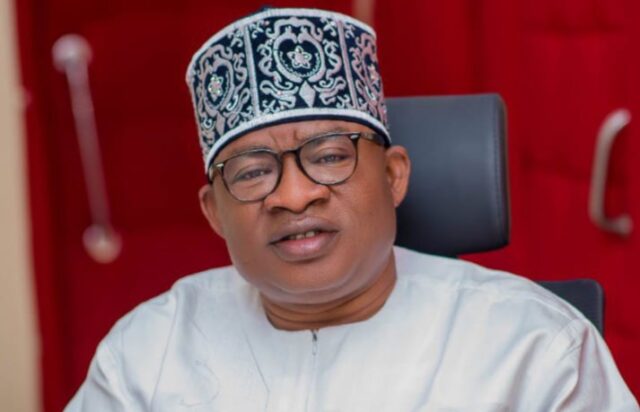 As the Week of the Sports Writers Association of Nigeria, (SWAN), Oyo State chapter is moving to an end, the Chairman of Solutions 93.9FM, who is also the Bada Balogun of Ibadanland, Chief Adegboyega Adegoke is going to be the chairman of the grand finale event, Dinner/Award Night slated for Sunday 19th, December at Swimming Pool side of Joybam Hotel, Orita-Challenge, Ibadan.

This was contained in a statement on Saturday by the Chairman, Planning/Organising Committee, Raji Adebayo.

It could be recalled that the opening ceremony was held at NUJ Press Centre, on the 13th December with a lecture titled, “Taking Nigeria Sports to the Next Level Through School Sports Reforms” delivered by the President, Nigeria School Sports Federation (NSSF), Mrs Olabisi Joseph.

Others at the opening ceremony included Professor Sabitu Ariyo Olagoke (J.P) as a guest of honour, the CEO KAYROM Lee Gym and fitness centre, who is also Oyo SWAN Matron, Ambassador Romoke Ayinde as mother of the day, representatives of Commissioners for Information and that of sports, and other dignitaries.

The Minister of Sports and Youth Development, Chief Sunday Dare also witnessed the semi-finals of the five-a-side football and table tennis competitions on Thursday at Lummy’s Turf, Idi-Odo, Challenge.

The grand finale, which is Dinner/Award Night, slated for Sunday, 19th December will be chaired by prominent Ibadan Chief, Chief Adegboyega Adegoke.

Chief Adegoke who is a sports lover, a petroleum and real estate expert, an hotelier, also a politician is the Chairman and CEO, Solutions 93.9FM, the Chief Financial Officer of OES Energy Services as well Executive Officer of other businesses across the globe.