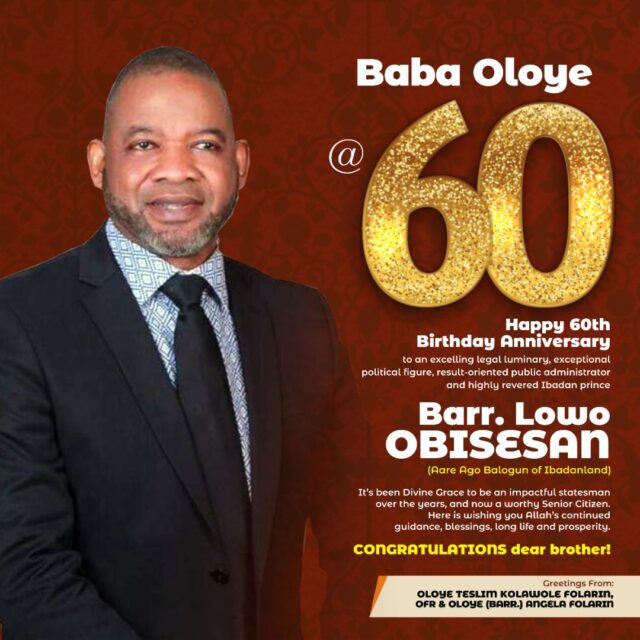 Oloye Folarin, in a birthday message released by his Special Adviser on Media and Publicity, described the legal luminary as a selfless leader, astute politician, seasoned administrator and great philanthropist.

The three-term Senator stressed that Oloye Obisesan’s penchant for diligence and distinction is evident in his contributions to the development of Oyo State’s socio-economic and political landscape.

“Life is the greatest gift from God; as such, it is pleasing to know that Oloye Lowo Obisesan has been a blessing to many and a great asset not only to Ibadan but also to Oyo State” 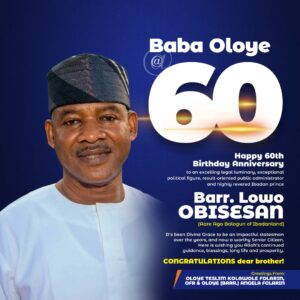 “Baba Oloye, it has been Divine Grace to be an impactful statesman over the years, and now a worthy Senior Citizen. Here is wishing you Allah’s continued guidance, blessings, long life and prosperity. CONGRATULATIONS dear brother!”

BREAKING: SERAP Asks FG to Release Sowore, Others within 48Hrs