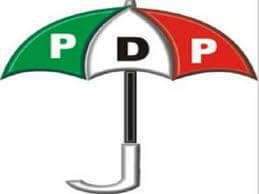 Following the leadership crisis of the People’s Democratic Party (PDP), the key stakeholders have resolved to proceed with an early national convention in October this year.

The resolution was reached at a meeting held on Tuesday 10th August, 2021, at Wadata Plaza, Abuja on the recent developments in the PDP.

The decision extracts of the stakeholders meeting read:

2. There were extensive consultations with all major stakeholders in the Party including the Governors, members of the Board of Trustees, former Presiding Officers and current Principal officers and Leaders from the National Assembly, former Governors, former Ministers, and indeed other leaders of the Party with a view to bringing all tendencies within the Party together in view of the urgent task facing the Party as the only viable vehicle to checkmate the abysmally poor governance of the APC led Federal Government.

3. The meeting deliberated extensively on the issues thrown up and resolved as follows:
a. That the Constitution, traditions and practices of the Party should be strictly adhered to in finding solutions to any problems.

b. That all parties should sheath their sword in the greater interest of the PDP and the need to RESCUE Nigeria from the avoidable National malaise and drift occasioned by the APC administration.

d. That the Party should redouble efforts to provide a credible alternative leadership for Nigeria as it still remains the only hope for the Nigerian people for good governance.

e. The meeting requested the NEC to immediately constitute a Zoning Committee for Party Offices and another Committee for National elective Offices.

f. The meeting expressed appreciation to Party elders for their commitment and wisdom in handling Party affairs.

g. We shall overcome and restore peace, security and development once again to Nigeria.