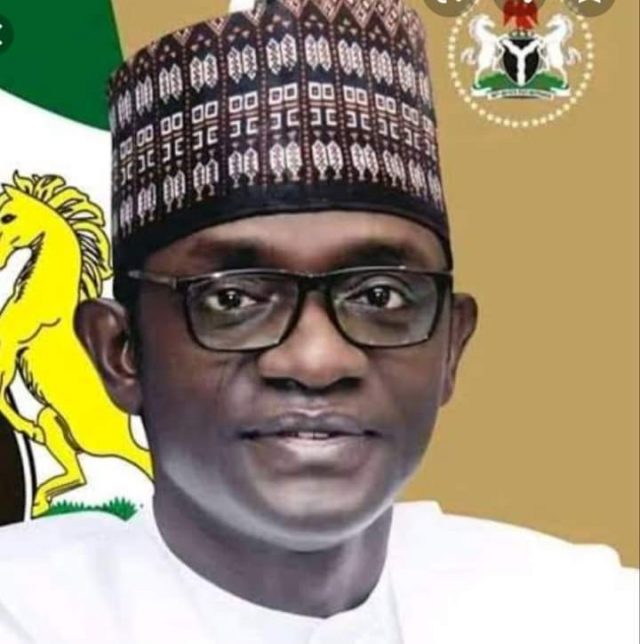 Against the backdrop of the July 28, 2021 minority ruling of the Supreme Court on the legitimacy of the Governor Mai Mala Buni-led Caretaker/Extraordinary Convention Planning Committee (CECPC), the National Caucus of the All Progressives Congress (APC) may soon meet to dissolve the panel.

The Supreme Court had dismissed a case brought by the candidate of the Peoples Democratic Party (PDP), Eyitayo Jegede, against Akeredolu’s election.

In a dissenting judgment, three justices of the apex court averred that Akeredolu was not validly nominated as the Buni-led CECPC was illegally constituted.

Thereafter, Minister of State for Labour and Employment, Festus Keyamo (SAN), in a legal opinion, urged the APC to tarry awhile on the ward congresses directed to be held by the CECPC, last weekend.

He hinged his position on breach of Article 17 (IV) of the party, which states that “no officer, in any organ of the party shall hold executive position in government concurrently.”

The minister also opined that the APC escaped potential defeat at the Supreme Court due to ‘little technicality’ which may not be applicable in subsequent court cases if the congresses are held under Buni’s leadership.

But, Deputy Senate President, Ovie Omo-Agege and the Attorney General of the Federation, Shehu Malami, in separate legal opinions, dismissed Keyamo’s brief and held that the party has not erred in having Buni lead the caretaker committee.

Regardless, a party chieftain at the APC national secretariat insisted that Buni’s committee was validly constituted.

“Article 13 (3) (vi) which spells out the powers of the NEC states that the NEC can ‘create, elect and appoint any committee it may deem necessary, desirable or expedient and assign to them such powers and functions as it may deem fit and proper,” he said.

Presently, the APC has no BoT while the NEC was dissolved alongside the NWC last June.

In the aftermath of the dissenting judgment of the Supreme Court, a presidential committee was set up, with legal experts in government, to assess the implication of the ruling on the ruling party.

Party sources told Daily Sun that the presidential committee has continued to meet and was now faced with two options: convene a meeting of the national caucus of the party where the CECPC would be dissolved and appoint a new caretaker committee that would conduct fresh congresses, including the national convention, which would pave way for elected officers of the party, or, remove only Buni and announce a replacement as the new caretaker chairman while other members remain in place.

Besides, some governors of the party had earlier advised that the ward congresses, which held last weekend, should go ahead; having committed resources and manpower for the exercise.

In an about turn, some APC governors are now insisting that if it becomes compelling for the party, the ward congresses, which held in some states, last weekend, should be cancelled and fresh congresses held under the chairmanship of a new caretaker committee. “Some of our governors are on the same page with us. We cannot allow this quagmire to continue because 2023 is near…” it was gathered.

Meanwhile, the battle to control the party before the national convention stems from tendencies in the two major political blocs involved in the formation of the APC; the Congress for Progressive Change (CPC) and the Action Congress of Nigeria (ACN).

The CPC, it was gathered, is now bent on producing the new national chairman of the party, with the argument that the ACN has had its fair share of producing national chairmen of the party in time past while the ACN faction is insisting that the CECPC should be dissolved as keeping them in place would jeopardise APC’s chances in future elections.

An influential minister is leading the charge for the CPC bloc in the APC.

“The Supreme Court judgement has exposed the underbelly of the APC. The minority judgement has shown that this is a fight between the ACN and the CPC. This is the end-game between the two powerful blocs in the APC.

“Some party leaders are asking that Buni should step aside and the national caucus should appoint a new caretaker committee, whose committee would be short, its mandate clearly spelt out, conduct credible congresses nationwide including the national convention, within a stipulated and publicised timeframe,” a party chieftain explained, yesterday.