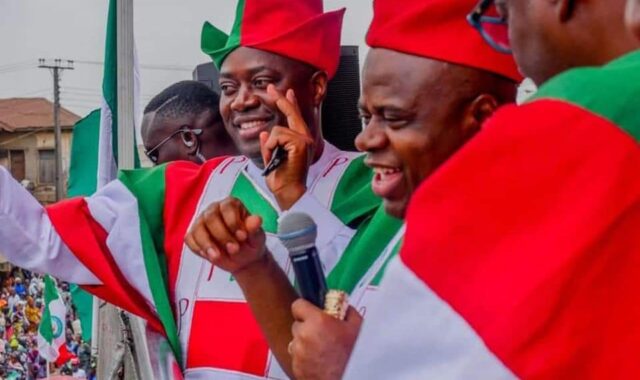 The race to the PDP South West Zonal Congress is getting hotter and rougher as the date closes in. You’ll recall that their is a bitter rivalry between the Governor Seyi Makinde’s camp and Fayose’s. The rivalry which the Prince Olagunsoye Committee, the Bukola Saraki Committee and the Bode George Committee had tried but failed to genuinely reconcile. Almost in every PDP organisation in the South West, the party is engulfed in one crises or the other. Aside from the venue of the South West Zonal Congress being contested in court, there has been callous and damaging undercuts by the Stakeholders to outdo themselves when the Zonal Congress finally holds. Therefore, it isn’t strange to note that the List of Delegates to the Zonal Congress is being tampered with and doctored up every hour of the day. The National Secretariat of the PDP in Abuja, especially the clerical staff, cannot be exonerated from these many alterations, substractions and additions on the List of Oyo state PDP authentic Exco. 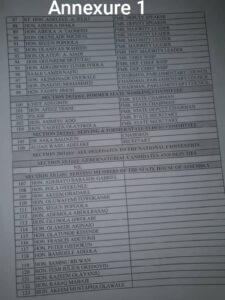 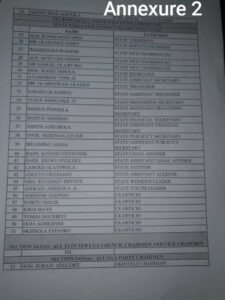 According to Annexure 3 below particularly number 3, where Hon WASIU ADELEKE was declared as State Secretary. Until very recently, this ADELEKE has been functioning unchallenged as Secretary since day one. But those who understood the power play that railed in ADELEKE as Secretary when the slot, ab initio, belonged to the ZLP led by Barrister Sharafadeen Alli, had reacted, complained at Abuja Hqtr and corrected the error. As at the time of typing this post, the name for the Oyo state PDP State Secretary reads WASIU EMIOLA on Annexure 2, no: 30. 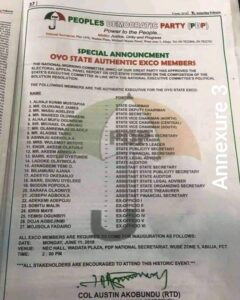 Is the Governor Seyi Makinde led PDP administration aware of the shortchange of one of his adherent, WASIU ADELEKE? Yes, the Governor’s camp is very much in the know as the later events unfold. Keep reading.

A 14 member Reconciliation Committee chaired by Baba Saka Balogun was inaugurated sometime last year to reconcile all the aggrieved members of the party in Oyo state. Hon WASIU ADELEKE was made the Secretary. On the List of Delegates from Oyo state as filed in the record of the PDP at Abuja Hqtr reads the names Dr Saka Balogun and WASIU ADELEKE as Member of Elders Committee (Annexure 1, nos: 105 & 106). Who inserted the names there? Is there an Elders’ Committee in Oyo state? NO.

The PDP Constitution allows the formation of 9 Member Elders Committee in each state. That is 3 per Senatorial. The Governor’s camp, having discovered that WASIU ADELEKE was no more the authentic Secretary, quickly moved in to influence the insertion of ADELEKE under a none existing Elders Committee. Or when has the Saka Balogun Reconciliation Committee metamorphose into Elders Committee? Additionally, Baba Saka Balogun is a Member of the PDP BoT from Oyo state, therefore, a statutory delegate. Who removed Baba Saka as BoT to be replaced by ????? I won’t burst that for now. Can you now see the fraud being perpetrated by our so call leaders. You won’t forget easily when Alh Adebisi Olopoeyan was reported dead and his name removed from the list of Delegates till it was recently reverted.

The Governor’s camp cannot be excused from all the anomalies enumerated above.
1). The declaration that Bisi Olopoeyan was dead.
2). The renaming of an adhoc Saka Balogun led Reconciliation Committee to a full fledged Elders Committee without due consultation with other Stakeholders.
3). The window transfere of WASIU ADELEKE from Party State Secretary to Secretary of a non existing Elders Committee.

In my opinion, the National Chairman of the PDP, Prince Uche Secindus and the NEC, should as a matter of necessity, advertise the List of the Delegates from Oyo state to the coming South West Zonal Congress in any National Dailies now to avoid avoidable blood shed at the Congress venue entrance.