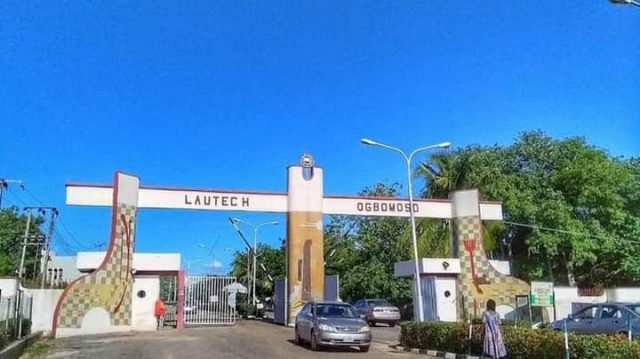 The Chairman, Governing Council, Ladoke Akintola University of Technology (LAUTECH), Ogbomoso, Prof. Deji Omole, Sunday said the Oyo State Government is set to pay the Osun State Government another N1 billion on or before the first week of December out of the N8 billion contained in the asset sharing agreement.
This is just as he said Governor Seyi Makinde has also released the sum of N500 million to the institution as grant for the smooth take-off of the College of Agricultural Sciences and Renewable Natural Resources in Iseyin Campus of the university.
Omole, who made the disclosures in a statement to mark the one year anniversary of the sole ownership of LAUTECH and six months of the inauguration of the Governing Council of the institution, said Governor Makinde has paid five out of the eight months salaries owed workers of the institution before taking over the sole ownership of the institution, adding that the balance would be cleared in the next six months.
Oyo State became the sole owner of LAUTECH on November 20, 2020 following an agreement reached between the defunct owners of Oyo and Osun States.
According to him, “Oyo State had already paid N1 billion to Osun State and earmarked another one billion to be paid on or before the first week of December, 2021. Oyo State has liquidated five out of the eight months salary arrears being owned workers of the university.
“In addition, the Oyo State Government had released the sum of N500 million to the institution as take-off grant for the smooth running of the school. Indeed, the capital expenditure for infrastructure development of the school has been budgeted for in the 2022 appropriation bill. This is happening for the first time in the history of the institution.”
He added that the 25 per cent reduction in fees for students in the school as announced by Governor Makinde will take effect from the 2022 session, urging students to reciprocate the gesture by staying focused and shun anti-social behaviours.
On the activities of the Council, Omole said it has been monitoring the finances of the university transparently to ensure prudent management of resources and reporting same to the governor who is the Visitor to the institution.
He maintained that the investment of Governor Makinde is already positioning LAUTECH as the choice institution for those seeking admission as 11,300 candidates are to write post JAMB examination as against 5,000 in the 2017/2018 session.
In the area of training and manpower development, he stated that a staff audit had been carried out to ascertain the manpower needs of the university.
“We are hoping to inject new blood because LAUTECH is top heavy and this does not give room for mentorship and successor plan. We have done staff audit. We have also established collaboration with University of Botswana and Oyo State Government has resolved to patronise them for consultancy,” he said.
While noting that the last one year of sole ownership of the university has shown a promising future, Omole appealed to the staff of the institution to be patient with the government in its effort towards repositioning it and entrenching it as a centre of excellence.